Hi there,
here's at last my reveal, (a few days delayed). Thanks for checking in on me again!

Anyway, first off, a huuuuge thank you to Erin Prais-Hintz of Treasures Found, who once again has arranged an excting and interesting challenge. This time the theme was instrumental music. We were to pick a piece that would inspire one or more pieces of jewelry.

I almost immediately knew which music I would pick. Simply because it is a piece I love to listen to. And I also am a really big fan of James Bond. This 'song' is the soundtrack to one of my absolute favourite scenes ever in all James Bond films. Not only is it an amazing action scene in itself, but I also think the music really helps enhance the feeling. Film music in general is often very very interesting and superbly well composed. This one is made by David Arnold, who has been responsible for the Bond soundtracks for a number of the later films in the series. It's called African Rundown, from Casino Royale. And here's the link to YouTube, where you can listen to it (sorry I was not allowed to embed it). My tip is that you listen all the way through. It's about 7 minutes long, and it is building up constantly with a marvelous crescendo near the end. I get goose pimps every time I hear it. And I love to dance to it too.

David Arnold is a genius I think :-).

I wanted to make a piece that was dramatic and exciting, with a lot of movement. I came to think of the typical Dinka corsets made in Africa. And a lot of other African jewelry that I had collected pictures of on a Pinterest board of mine during the end of last year. I was almost obsessed for a period. I simply looooove this kind of jewelry!!! 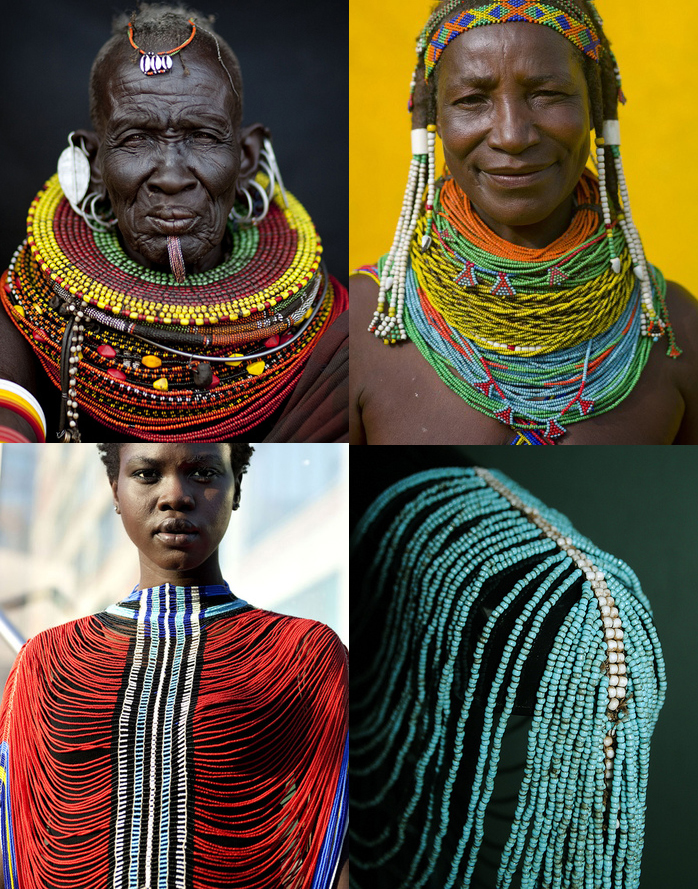 And my initial idea was something more alike the corset, sort of a blend between a necklace and the Dinka style, which you can see in the two bottom images in the collage above. But in the end I decided to go for something more easy to wear for us 'westerners'. A multi stranded necklace packed with trade beads and other more ethnic type beads that I have built up and collected (hoarded?) over a long time. 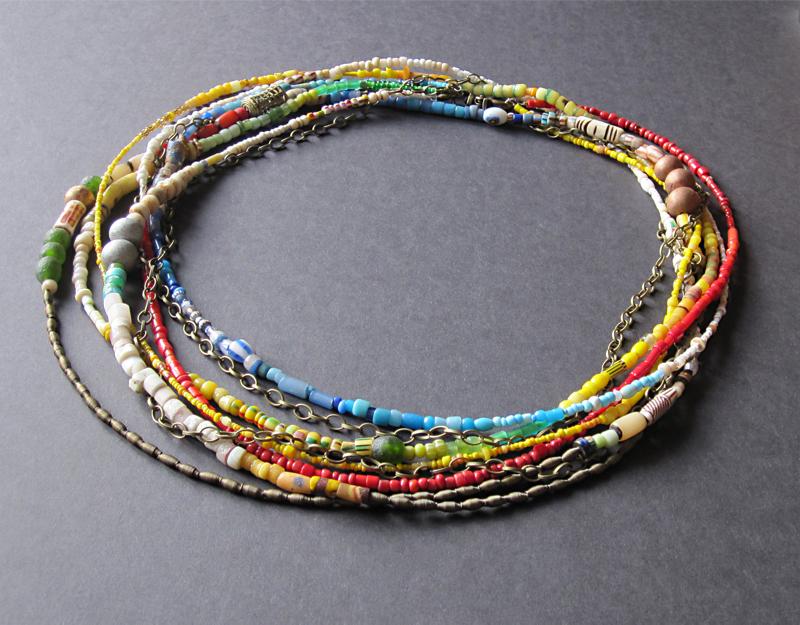 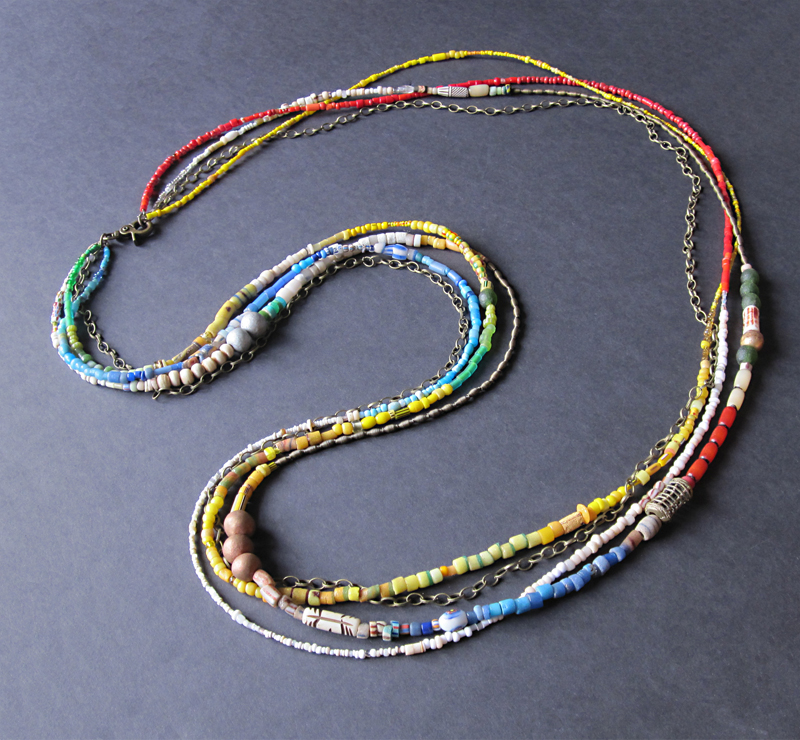 It is suuuuuuper long, more than a yard/meter. And I believe it will most often probably be worn doubled, but every once in a while also just like that, really long. Interestingly, I don't think it is heavy to wear it, like I actually was worried it would be. The chain is a light weight one, and I did decide to not include a few larger heavy beads that I had first thought of. 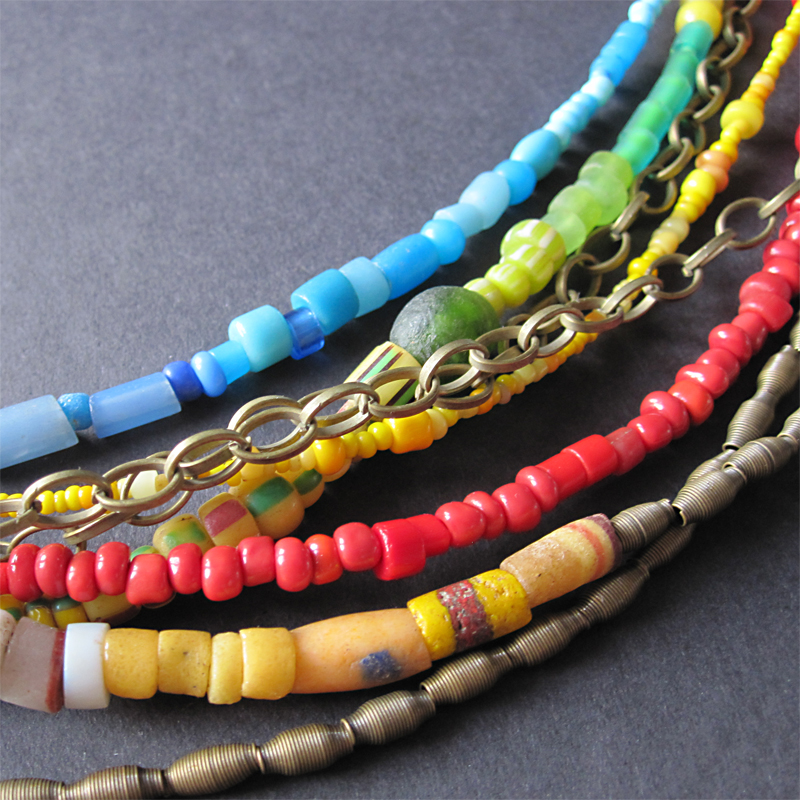 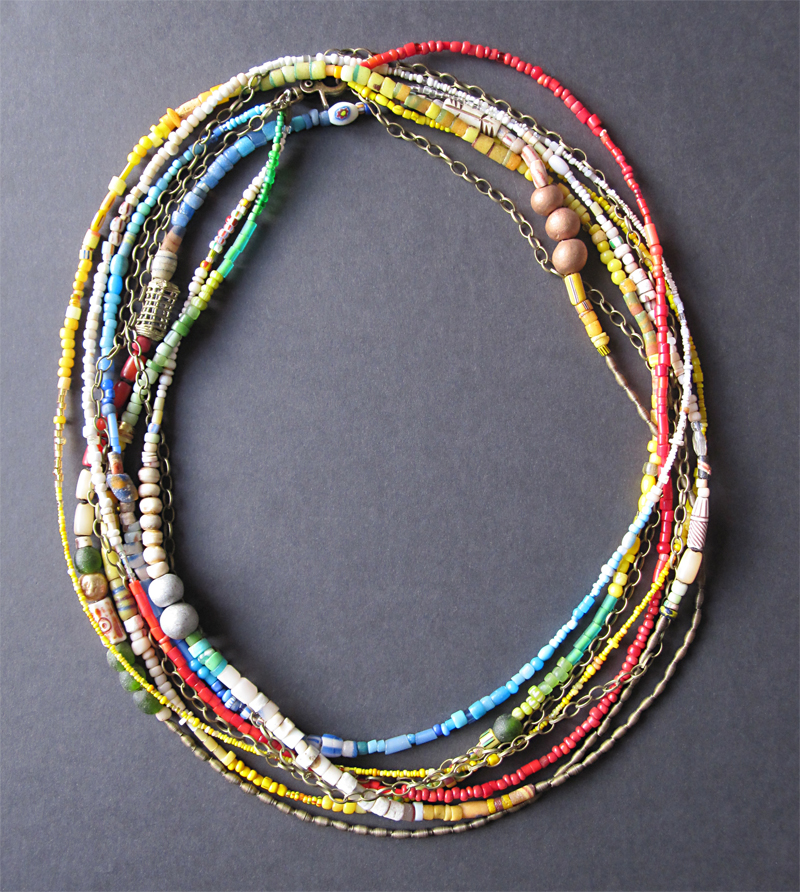 I am very happy with my own creation to be honest. All those beads I have collected and had in my stash for so long, finally they came to use. And just in a way that I wished them to, but never had gotten around to put together before. So thank you Erin for that! I am looking forward to wearing this necklace to a summer garden party with my typically half-bohemic (or some might say fully bohemic ... ;-)) style summer clothes in white linen and my Jesus sandals. Or just for any summer excursion or get together really, doesn't have to be a party at all, does it.

Hope you enjoyed this!

And if you haven't yet seen the other blog hop participants contributions, pop on over to Erin's blog, where you will find all the links.

All my best,
Malin

I love this, Malin! I love all the colors and the way you put them together. You can wear this with everything and be so stylish! WTG!!

f@!king awesome Malin....Even if you hadn't told us your inspiration....I read it via your design. xoxo.

I love this!! I love seeing all these seed bead, metal combo necklaces. Beautiful!!

I just love those African-inspired beads, Malin... the recycled glass are my favorites. You created a beautiful piece that will turn heads whenever you wear it!

It is such a great experience to listen to soundtrack music without the distraction of the visual. I have seen that film more than once, yet it was like hearing the music for the first time. Thanks for sharing David Arnold's talent!

Fantastic -- and worth the wait! Ethnic, tribal, simple. Love it.

I am so very happy that you could participate Miss Malin! I love your sense of color and style and your ability to see deeper into what you are designing. This music is great. I am a lover of Bond too, stemming from my father's love of the movies. I have not seen the latest ones and really should rent them. This necklace is beautiful and so wearable. It makes me long for summer days and sandals! Thank you for sharing this music and your art with the world! Enjoy the day. Erin 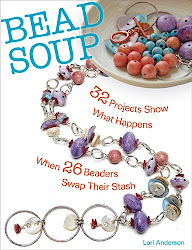 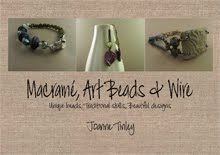